Rick “owns” this one… A standard in our lineup, usually first set.  Stan Hugill wrote that this was a pumping chantey originally from the packet vessels plying from Ireland… From there it made its way into almost every chanteyman’s songbook. 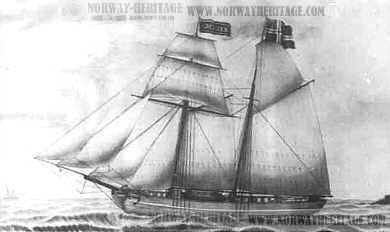 Not the Ebenezer of the song, but another vessel of the same name – this from L & S Svendsen of Norway.

I shipped on board of the Ebenezer,
Every day it was scrub and grease her
Holystone her and scrape her down
And if we growled they’d blow us down

The old man was a drunken geezer,
He could not sail the Ebenezer.
Learned his trade on a Chinese Junk
Spent most time down in his bunk.

The first mate’s name was Dickie Green, sir
Cruelest brute that you’ve ever seen, sir
Walking the poop with a bucko roll
May the sharks have his body and the devil take his soul.

A Boston buck was the second greaser
He used to ship in limejuice ships, sir.
The Limey packets got too hot,
He cursed ’em all and he jumped the lot.

The bo’sun come from Tennessee, sir
He always wore a blackball cheeser.
He had a woman in every port
At least that’s what his missus thought.

The Ebenezer was so old
She knew Columbus as a boy.
It was pump her bullies, night and day
To help her get across Liverpool Bay.

We sailed away before a breezer
Bound away for Valparaiso
Around Cape Horn she lost her sticks
The mollyhawks picked up the bits.

Wet hash, it was our only grub sir
Breakfast, dinner and for supper.
The bread was as hard as any brass.
The meat was as salty as Lot’s wife’s ass.