This was an outward bound chantey that was rather popular in its day, usually sung at the capstan or windlass while raising anchor.  The Rio Grande it refers to is actually the one in Brazil and dates from the earlier part of the 19th century.  I first learned it as a boy from the great Norman Ott, and his version was sung to me after he had imbibed many ales along with my step-father, and the verses were far too raunchy for me to repeat generally… But the next day he did say that there are almost as many variations of this song as there are singers; I don’t always sing it as presented below.  Yet it is certainly one of those great songs to get everyone warmed up for a night of singing! 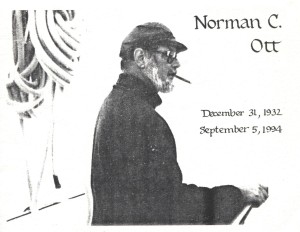 Oh, I’ll sing you a song, a good song of the sea
A-way… Rio!
I’ll sing it, but only if you sing with me.
And we’re bound for the Rio Grande!

So man the good capstan, and run it around,
We’ll hawl up the anchor to this jolly sound.

Oh Essex’s a town that is too rough for me,
I’ve packed up me sea chest to git off to sea.

We’ll sell our salt cod for molasses and rum,
And get back again afore winter has come.

So we’ll sail our ship over the Saybrook bar,
And point her nose down for the South-er-en Star.

Oh good-by my darling and don’t look so down;
I’ve left you enough for to buy a silk gown.

The chain’s up and down now, the Bosun did day,
It’s up to the hawse-pipe, for the anchor’s aweigh!