This song was inspired by a “calendar stick” on display at the Essex Peabody Museum in Salem Mass. The stick was found on a remote island in the South Atlantic, and it had been made by a man named James Drown of Providence Rhode Island. The Stick was collected and brought to the EPM museum in 1804 (When it was then the “East India Marine Society”).  Years later James Drown returned to his family. If he told anyone about his journeys, they never wrote it down; how he got off the island and what he did after is all a mystery to us. To many, this would be the end of the tale; I found this to be a perfect breeding ground for a tall tale, one told in the structure of a chantey.  For further reading, look at the link below 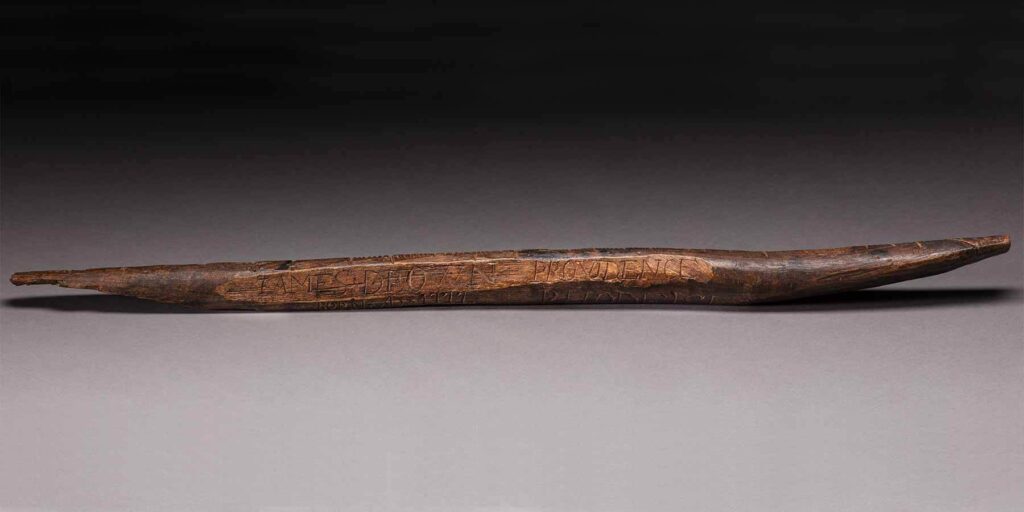 Saw him swim that Bengal bay
Chasing all those whales away

Saw him steal that southern star
Pawned it off in Zanzibar

Saw him once in Montreal
Bed a girl three stories tall