Battle Site Essex!        Come see the events for yourself!! bicentennial_commemoration_of_british_raid_on_essex_2014

Jerry Roberts, a historian with explosive new information about the 1814 British raid on Pettipaug (now Essex) Connecticut, has been working hard with local committees for a string of events along the lower shoreline of the Connecticut River in order to commemorate this 200th anniversary.  His book about the event is now available! 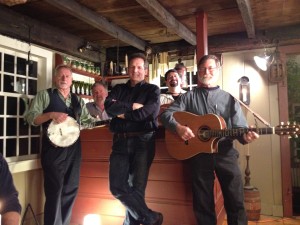 Jerry had written a song about the raid, called “the Privateers of Pettipaug” and a video has been made of this along with some friends…

Come see video of the annual parade in Essex, the only town we’re aware of that celebrates it’s defeat in the hands of the enemy – not quite fair but we locals like to tease.

The video to explain it all!

This is Jerry’s song: Video by Dawn Indermuehle, The Volunteers of Pettipaug.

Jerry singing his song at the Connecticut River Museum, backed up by LongSplice – Rick Spencer and Joseph Morneault.