A minstrel song from the days of the Erie Canal in New York. 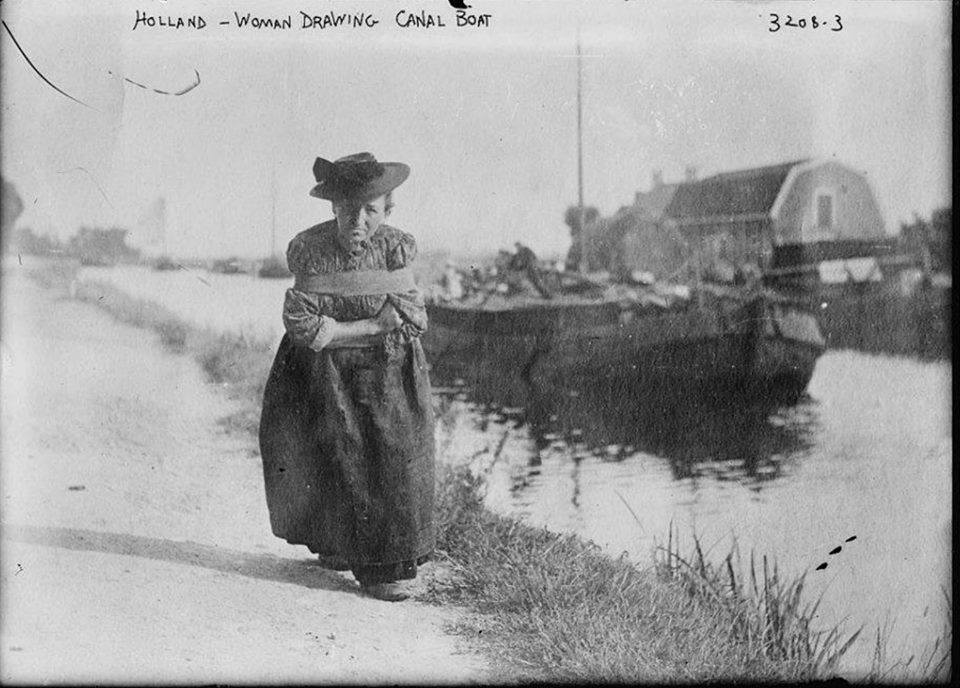 A Dutch postcard from the 1910s? Instead of a mule, I guess the wife took a turn… I don’t recommend today!

We were forty miles from Albany,
Forget it I never shall.
What a terrible storm we had that night
On the E-ri-e Canal.

Our captain, he came on up on deck
With a spy-glass in his hand
But the fog it was so goddamn thick
That he couldn’t see the land

Our cook, she was a mean ol’ gal,
She wore a ragged dress.
We hoisted her up on a pole
As a signal of distress.

We shouted out to the first mate,
On the towpath, kickin’ dirt.
He jumped on board and stopped the leak
With his old red flannel shirt.

But when we got to Syracuse,
The off-mule she was dead.
The nigh-mule got the staggers
So we cracked him on the head.

Oh the girls are in the Police Gazette
And the crew are all in jail.
And I’m the only son-of-a-gun
That’s left to tell the tale.