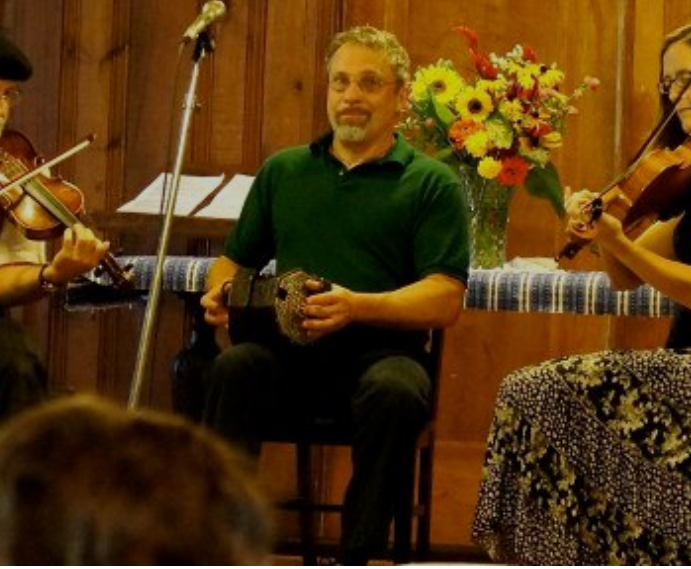 Dave Paton is an old friend, a killer English concertina and hammered dulcimer player, and one of the Paton Family that owned/operated Folk Legacy Records (Sandy and Caroline Paton were also known as one of the assortment of song collectors, going out with recording devices to capture old song singers before they were gone).  You will encounter Dave at various house concerts and cèilidh, and I had to honour and pleasure of playing in a contradance band with Dave and his brother Robbie we called “The Wild Colonial Boys” back in the 90s.  Dave admittedly does not write songs, generally, but he penned this little gem that has become part of my own repertoire… Thank you, Dave!

The Arctic Sea is a desolate place;
Few comforts can we find.
Our thoughts are with the ones we love
That we did leave behind.

For three long years* we’ve plied the sea
A-searching for the whale.
At last our hold is full of oil;
For New London** we’ll set sail.

The whale; he is a noble beast
That roams the open sea.
To hunt him is our livelihood
Or we would leave him be.

*Dave wrote “five long months” but several whaling experts of my acquaintance insisted that 5 months would not have been enough time for whaling since perhaps the 1600s, and that 2 to 3 years would be more accurate, and even as much as 5 years, so I went with three.

** Dave had it as New Bedford, but as I tend to contextualize the songs I present with Connecticut, I took the liberty to change the destination.