This song expressing an older woman’s concern of an earlier age is something of a brain worm.  I first heard it on The Clancy Brother’s 1968 Columbia Records “Home, Boys, Home” when I was quite young.  Since then I have learned that it dates to a 17th century broadside ballad (written by Martin Parker of London) from England named “The Wooing Maid”. 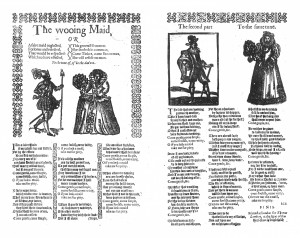 In the usual folk music process it has spread, in simpler forms, into Scots, Irish, and thus American folksong tradition, appearing under such titles as “Sister Susan”, “Old Maid’s Complaint”, “The Old Maid’s Lament”, “The Spinster’s Lament”, and “The Old Maid’s Petition”.  Under this last title I have found it printed in American newspapers dating to about 1800 – one of these I have in hand from The Herald of Liberty, Washington, PA, of 14 April 1800.  A garrett is the common word during the 18th and early 19th century for an attic, particularly one with a room within which someone can take residence. 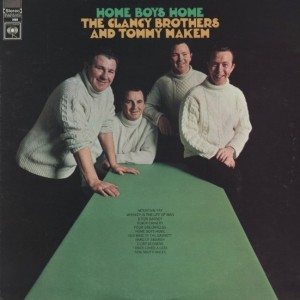 Well now there’s my sister Jean, she’s not handsome or good looking,
Scarcely sixteen and a fellow she was courting;
Now, she’s twenty-four, with a son and a daughter,
Here am I at forty-five and I’ve never had an offer.
And it’s oh, dear me, how will it be, if I die an old maid in a garret?

I can cook and I can sew; I can keep a house right tidy,
And rise up in the morning to get the breakfast ready;
There’s nothing in this wide world would make my heart so cheery,
As a wee fat man who would call me his own dearie.
And it’s oh, dear me, how will it be, if I die an old maid in a garret?

So, come landsman, or come townsman, come tinker or come tailor,
Come fiddler, or come dancer, come ploughman or come sailor;
Come rich man, come poor man, come fool or come witty,
Come any man at all that will marry me for pity.
And it’s oh, dear me, how will it be, if I die an old maid in a garret?

Well now I’m away home for there’s nobody heedin’,
Oh nobody’s heedin’ to poor Annie’s pleadin’;
And I’m away home to me own biddy garret,
If I can’t get a man then I’ll have to get a carrot.*
And it’s oh, dear me, how will it be, if I die an old maid in a garret?

*our adaptation in classic bawdy fashion – the word before us was “parrot”.