This is referred to as a “windlass or capstan” chantey in the book Songs of the American Sailormen (1938 – Joanna C. Colcord) while other sources refer to it having been used at the halyards.  It’s rhythm certainly makes it versatile.  It is in regards to a Creole lady by the name of Sally Brown and most verses, while regarding Sally quite highly, nonetheless drips with the usual racist rhetoric encountered in folk song of the 19th and often early 20th centuries.  And while the myriad versions have placed her in New York City or in New Orleans and that she marries or not, has a baby or not, I felt that I have license to actually make something of a story and avoid some of the wording that would cause discomfort to the listeners.  SO… This is MY version of this song:

3. For many years I courted Sally
So did every Tom and Dick and Harry

4. I bought her silks, all frills and lacy
But they bought her drinks, that fickle lady.

5. I made a vow she’d be my missus
But she ***walked with them and gave them kisses

6. One morning bright I took a notion
To sail my ass across the ocean

7. Fourteen months I hauled the ****mainsheet
Then I found myself back down on South Street

9. That Sally Brown of New York City
That girl is just too Goddamn pretty

**Chewing tobacco
***or Fucked or Slept or whatever you choose.
**** “sheet” is NOT a sail but rather the lines to pull that affect the lower corners, or clews, of the sail to pull it taut.
***** a “mailer” or “mail cart” is a cart or wagon that would carry sacks of the post (or mail… and in this case from arriving ships) to the post office and there sit until picked up by the addressee or, later, delivered by a postman. 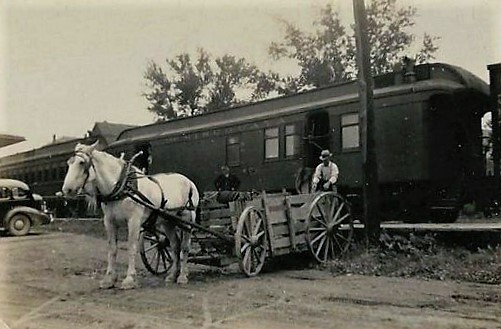