Made well known in folk circle by the singing of Stan Rogers on his 1976 album “Fogarty’s Cove,” it is in fact not one composed by that worthy singer; it dates to a much early time and while some people claim that it is an old Irish folk song, it is in fact a song that the best research to date shows its origins in Newfoundland and THEN it made its way to the British Isles. In the 1933 book “Ballads and Sea Songs of Newfoundland”, collected and edited by Elisabeth Bristol Greenleaf, the song goes by the name “The Maiden Who Dwelt By The Shore” and was collected from singing of Mrs. Annie Walters of Rocky Harbour, Newfoundland, in 1929, complete with melody that is what one hears Stan singing in 1976; Stan himself never claimed that he had written it but openly stated that it was a traditional Newfoundland song. There are similar stories to this song in other folk traditions but this one seems to have the most preference; the kidnapping of the virtuous young girl/lady with the purpose of sex or even marriage, yet she outwits the villain with her charm and cleverness. 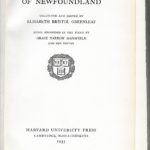 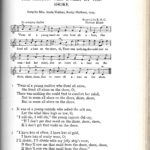 After much persuasion, they got her aboard
Let the wind blow high, blow low
They placed her a chair in his cabin below
Here’s adieu to all sorrows and care, care, care …

They replaced her away in his cabin below
Let the wind blow high, blow low
She sung charming and sweet, she sung neat and complete
She sung Captain and sailors to sleep, sleep, sleep …

First verse again to wrap up.