Also known as “Life of a Man”, or “What’s The Life of a Man?”  I first heard this in 1978, sung on the X Seamen’s Institute’s album Heart of Oak (Bernie Clay and the boys) and it has been one of those songs that when I sing it, most people I know tell me they’ve never heard it before.  It dates to the latter 19th century and I am aware of it being collected was by Ralph Vaughan Williams in 1904 from a J. Wright, Coombe Bisset, Wiltshire, UK.  As much as the “plastic Paddies” out there would like to continue claiming that the song dates back to 18th century Ireland or earlier, there is no proof of this; rather, the style of verse and melody is far more in line with 19th century English composition. I have been informed lately that it was a broadside ballad originally entitled “The Fall Of The Leaf”, emanating from the south of England in the late 19th century.  Whatever the case it is a beautiful song and should be shared by all. 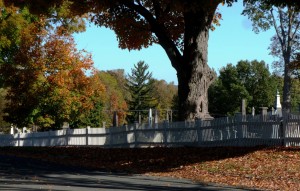 As I was a-walking one morning at ease
A-viewing the leaves as they clung to the trees
All in full motion appearing to me
And those that had withered, they fell from the trees.

Chorus:
What’s the life of a man, any more than a leaf?
A man has his seasons, so why should we grieve
Although in this world we appear bright and gay
Like a leaf we must wither, and soon fade away.

If you had seen the leaves just a few days ago
How bright and how beautiful they all seemed to grow
A frost came upon them and withered them all
The rains gently fell, and down they did fall.

If you walk in a churchyard, it’s there you will see
Those that had withered like the leaves upon the trees
Old age and affliction upon them did call
And then like the leaves, well down they did fall. 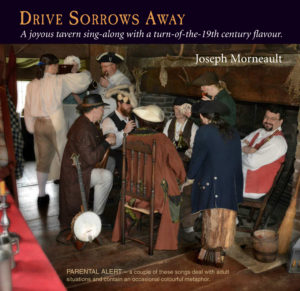 The above segment is from Joseph’s Tavern Sing recording… Click on the image to be taken to Ebay to purchase the whole CD.

5 thoughts on “Life of a Leaf”