This is a traditional Scots song that was made rather more famous in the hands of the Clancy Brothers.  Other artists performed variations of this song or even processed it to make it their own, such as Joan Baez, Simon and Garfunkel, Bob Dylan, even the Grateful Dead.  There is some speculation that the song comes from the mid to late 17th century but it is difficult to prove, as is the case with most oral traditionally handed down songs.  Cliff sings a variation that I am trying to nail down, and until I do, here’s an old version… 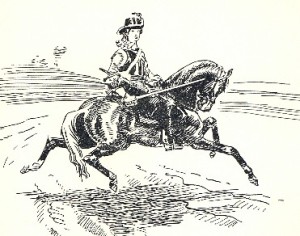 The colonel he cried, mount, boys, mount,boys, mount
The captain, he cried, tarry-o
O tarry yet a while, just another day or twa
Til I see if the bonnie lass will marry-o

Twas in the early morning, when we marched awa
And O but the captain he was sorry-o
The drums they did beat on the merry braes o’ Gight
And the band played the bonnie lass of Fyvie, O

Green grow the birks on bonnie Ethanside
And low lie the lowlands of Fyvie, O
The captain’s name was Ned and he died for a maid
He died for the bonny lass of Fyvie, O