This song is well known to both the Irish and Sea music genres, such groups as The Clancy Brothers having recorded it.  It is listed as Child Ballad #289 and believed to date from around the mid-18th century… The earliest version in my own collection is from John Ashton’s 1891 book “Real Sailor’s Songs”.  It points out the supposed sailor’s superstition of 1) leaving port on a Friday, and 2) seeing a mermaid, both of which foretell doom.  However, many’s the vessel that sailed from port on a Friday with no consequence… but how many sailors survived to tell of seeing a mermaid combing her hair while gazing into a looking glass??

More detailed insight on the history of this song is through this link.

Tim sings a version that has a slight variation from what is below, and there are many other versions besides.

It was Friday morn when we set sail and we were not far from the land
When our captain he spied a mermaid so fair, with a comb and a glass in her hand

Then up spoke the captain of our gallant ship, and a fine old man was he
“This fishy mermaid has warned me of our doom, we shall sink to the bottom of the sea”

Then up spoke the mate of our gallant ship, and a fine spoken man was he
Sayin’, “I have a wife in Brooklyn by the sea, and tonight a widow she will be”

Then up spoke the cabin-boy of our gallant ship, and a brave young lad was he
“Oh, I have a sweetheart in Salem by the sea, and tonight she’ll be weeping over me”

Then up spoke the cook of our gallant ship, and a crazy old butcher was he
“I care much more for my pots and pans than I do for the bottom of the sea” 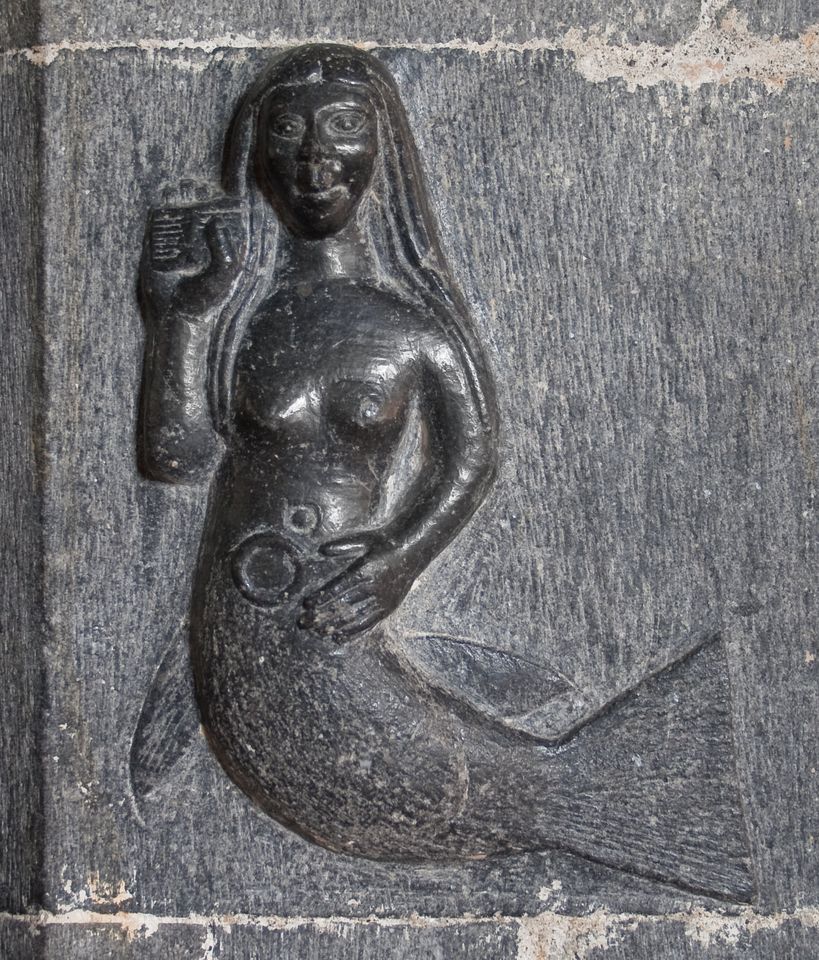 Photograph of a carved mermaid from Clonfert Cathedral in Galway, Ireland, c. 15th century. Note the comb and a looking glass in her hands.