The wonderful “sailor’s song” performed by a tipsy Captain Pilot John Blackthorn in the 1980 movie-mini series Shogun, based on the novel by James Clavell.  Eric Bercovici was one of the producers for the series and when it came time for the scene Bercovici composed this little ditty for Richard Chamberlain (Blackthorn) to perform.  It appears in a scene during which Blackthorne sits with three pretty, giggling servant girls and he is getting drunk on sake.  He feels happy and he gets to his feet to sing this song and dance a “sailor’s hornpipe”; the door suddenly slides open and the high lord Toranaga and entourage appear, curious about the noise coming from the room.  Blackthorne is subsequently obliged to perform the whole of the dance and ditty… Although of recent creation the song has the hallmarks of older folk songs and I think it worthy to add to the repertoire!

Unfortunately, since I recorded this song on my CD, this song has been cited as traditional and printed in songbooks relating to chanteys; it is in fact NOT a traditional chantey and if you should have gotten your information about this song and lyrics through me, I would appreciate it if you cite me as your source. 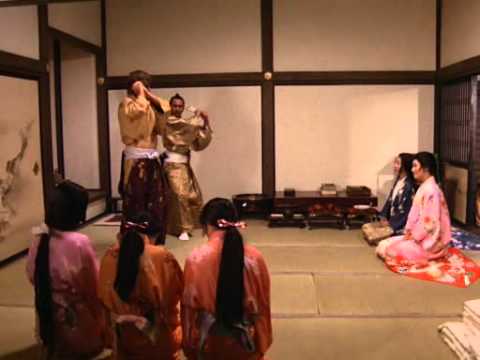 |: Take me back, oh you Barbary merchants
let me risk the Spanish blockade
carry me to the straits of Gibraltar
and the treacherous seas of Cathay :|