Also known as The Codfish Chantey and Stan Hugill even states that it was another song entitled South Australia, although clearly not the one we all know and love. It is actually a “Yankee” pumping chantey – Stan points out that this is not out of place for this application for at the pumps when one is heaving, the other is hauling.

Paul was the one known for singing this but now it is in the set list of Tim. 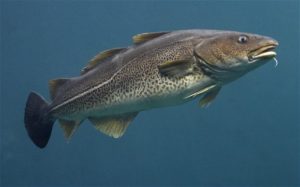 Cape Cod girls ain’t got no combs;,
Heave away, haul away!
They combs their hair with codfish bones.
An’ we’re bound away for Australia!

So heave her up me bully, bully boys.
Heave away, haul away!
Heave her up and don’t ye make a noise,
An’ we’re bound away for Australia!

Cape Cod ladies don’t have no frills,
They’re all decked out in codfish gills.

Cape Cod kids ain’t got no sleds,
They slide down hills on codfish heads.

Cape Cod cats ain’t got no tails,
They got blown off in a nor’east gale.

Cape Cod babies ain’t got no cribs.
They rock to sleep in codfish ribs