ROLLING DOWN THE RIVER

Written by Jack Forbes.  Thanks to Bob Walser for the lyrics and for
first bringing it to our attention! 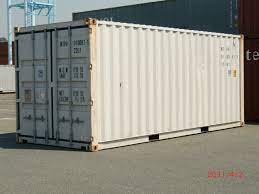 I once was a rigger and I worked like hell
Rolling up, rolling down!
And now I’m a sailor with the old CL.
And go rolling down the river!

Chorus:
Rolling up, rolling down,
We’ll all get drunk in Tilbury town,
Twenty-four hours we’ll turn around
And go rolling down the river

Now the work is good and the wages fine
When you make a trip in a container line.

When first I saw a TEU
I wondered where they put the crew.

There’s a Tilbury girl called Kettle Jane.
Cause she’s on the boil then she’s off again.

She’s got a friend called Teapot Anne
When she’s well-brewed she likes a man.

Them Tilbury girls go round in pairs
You’ll never catch them unawares.

But at the dockyard gate when the work is done
You can pick them up boys one by one.

Now we’re the boys to sail ’em through
To hell with the channel and the TEUs!

1 thought on “Rolling Down The River”