Cliff himself wrote the lyrics of this song, setting it to the melody associated with Grey Funnel Line, and presented it on a Monday performance sometime in 1998/9.  It reflects the band as it was at that time but the imagery it elicits was the same then as it is today. 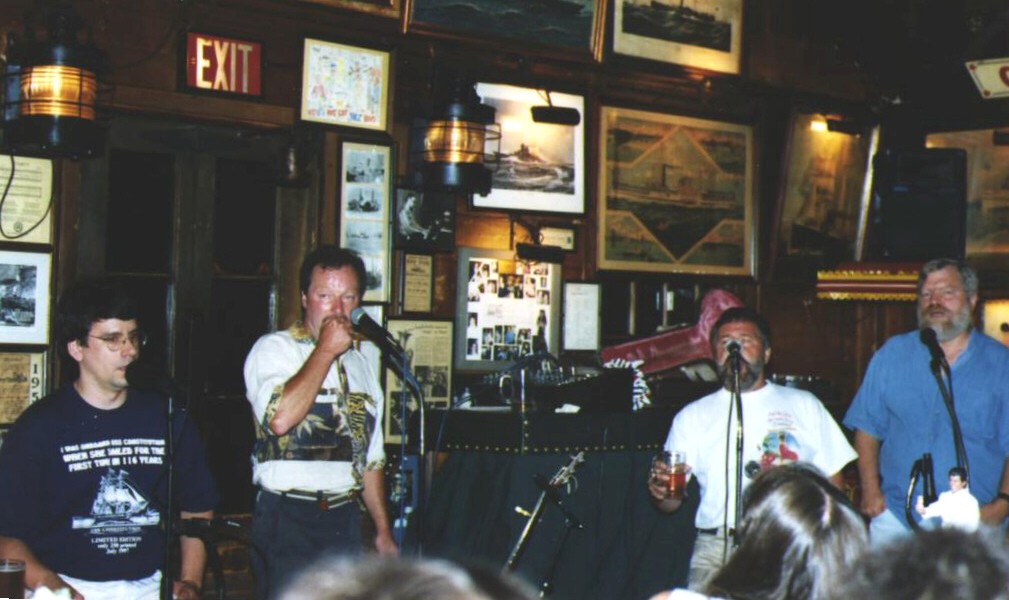 1)
It’s Monday night and off we go
To Essex Town for another show
We’ll meet some friends and have a brew
And join in chorus with the Jovial Crew.

2)
There’s Cliff and Paul and Joseph, too
Make up the band called The Jovial Crew
But friends stop by to play along
And join the crowd in a rousing song.

3)
It’s Fathom the Bowl, and Jones’ Ale
Songs of the sea and of the whale
Then quiet down for a ballad or two
These are the songs of The Jovial Crew.

4)
The Old Dunn Cow is one of the hits
While in Wild Rover, it’s “show us yer tits!”
Then some young lass feeling mighty tight
Lifts up her shirt to the Crew’s delight!

5)
Nancy’s there behind the bar
She pours the beers from near and far
While L.A. walks the bar room floor
In search of someone in need of more.

6)
Now Tim he lets his voice ring out
With the help of a pint of Guinness stout
While Brian wails in some key unknown
To the song he likes, called Rolling Home. 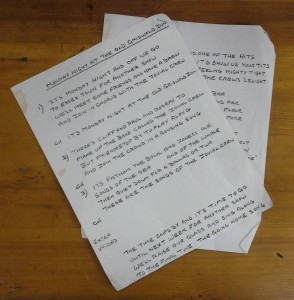